End of the u16 Event

The u16s have finished in 8th, following knock-out losses to USA and the Netherlands. The team played very well in spite of being very tired at the end of a long event and celebrated a successful event with a trip to the gelateria (actually the third trip that day), where Henry was very sad to be told that he was not allowed to buy an extra large pot of "the really blue one". 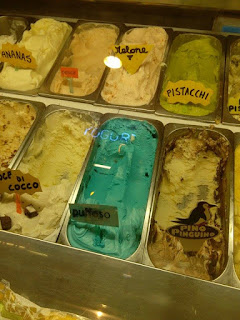 We left early this morning for the airport, braving torrential rain to find our bus. In spite of the walk being less than a minute, several of the team members looked as if they'd walked through a shower and our luggage was dripping. 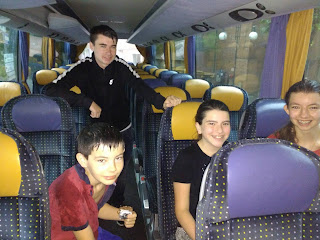 It was only at the airport that we discovered that Henry had been so taken with the "no smoking" card in the bidding boxes that he had walked off with one of them... 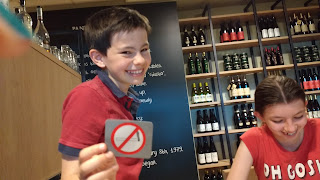 We did, however, leave two u16s behind in Salsomaggiore. Oscar and Liz, not content with having played for the last six days, persuaded two of the u26s to form a team with them in the BAM consolation event. This means that we now have two teams playing: the English Lions (four of our u26s) and the English Cubs (two u26s playing with Liz and Oscar). At the end of day one the Lions are leading the event and the cubs are in a very respectable 10th of 24. Given that this is an u26 event this is a fantastic start for a team fielding two u16 players!
Posted by sasioc at 19:55